The Masters – there are few other golf events carry the same sense of history and prestige. 2018 will mark the 82nd time the Masters golf tournament has been held, and the 63rd time it has been televised. It has been held at the Augusta National Golf Club since the championship’s creation in 1934.

About the Masters Championship 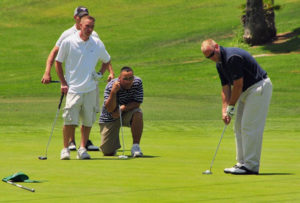 Also called the US Masters and the Masters Tournament, the Masters is one of four major championships held each year within the world of professional golfing. It began in 1934, and has always been held at the Augusta National Golf Club, which was designed explicitly for that purpose by founder Bobby Jones after he purchased the former Fruitland nursery. Bobby Jones (the noted amateur champion) co-founded both the golf club and the tournament with Clifford Roberts after Jones’ 1930 grand slam win.

The Masters is part of several international golf tours. As such, it is heavily attended by both top golfing talent from around the world, and international spectators. With that being said, the Masters sees a smaller field of players due to its nature as a purely invitational event. It stands as an official money event for the PGA Tour, but also for the Japan Golf Tour, as well as the European Tour.

Quite a few unique traditions have grown up around this tournament. One of the most iconic is the champion’s green jacket, which is held by the winner for a year before returning it to the clubhouse. Another is the Champions Dinner held the Tuesday before the tournament.

As mentioned, players must be invited in order to attend the Masters. There are several ways that a player may ultimately be invited. For instance, former winners of the Masters are invited automatically. They may also be invited if they have one any of the previous five US Opens, British Opens, or PGA Championships. The top 50 golfers from the Official World Golf Ranking in the previous calendar year and from the week leading up to the current tournament are also eligible. Invitations can also be extended to top-ranked finishers in a range of notable golf championships.

About the Augusta National Golf Club 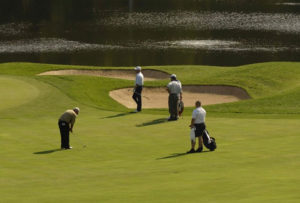 The Augusta National Golf Club was the brainchild of Bobby Jones, who worked with investment banker Clifford Roberts and architect Alister MacKenzie to design and build a course specifically for what would become the Masters Tournament. Construction took several years, with the course finally opening in 1933, a year before the first Masters Tournament was held there.

Over time, the course has been redesigned multiple times by a range of individuals. It features several nicknamed shots, as well as iconic design elements. For instance, the Big Oak Tree is an actual oak that stands on the course and was planted during the 1850s. Ike’s Pond was named after then-General Eisenhower who suggested it be built in the first place. Interestingly, all the holes are named after a tree or shrub, which is fitting given the course’s origins as a plant nursery.